We’ve been talking a lot about the best snowblowers on YardSurfer lately, and today we have another for you. 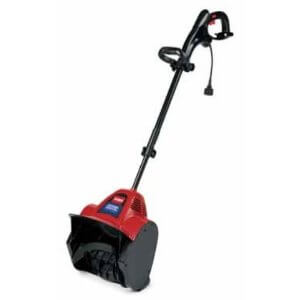 As winters continue to get rougher each year, people who get snowfall look for tools that can help clear their sidewalks and streets. A snowblower such as the ones from Toro make this job a lot easier that using a hand shovel alone.

Toro makes a range of snowblowers, and each of them has different capabilities. The smallest one is called the Power Shovel Toro snowblower.

The Power Shovel is not much bigger than a large shovel and has a motorized auger on the end. The 12 inch wide auger shoots snow forward using a 7.5 amp electric motor which plugs into the wall.

In moments, a section of a sidewalk or driveway can be cleared. However, the Power Shovel is intended for smaller jobs only.

Typically set at 18 inches wide, large Toro snowblowers are powered by gasoline engines. While they are louder and require more maintenance than an electric snowblower, they can cut a swath through practically any snow mound.

The gasoline engine turns the auger at high RPM, picking up any snow in its way and forcing it through an ejection shoot. Some shoots have their own turbine which shoots the snow farther than with an auger alone. Toro has ejection shoots which can be turned in any direction.

Anyone who has experience throwing snow knows that it can easily fly into your face and onto your clothes. Toro makes a detachable cabin which can be attached to their larger snow blowers.

The cabin has a metal frame with a plastic covering. Users can look through the clear windows to see where they are going. The handles are easily accessible from within the cabin to allow for control.

Basically, it keeps you protected from flying snow no matter where the wind takes it. 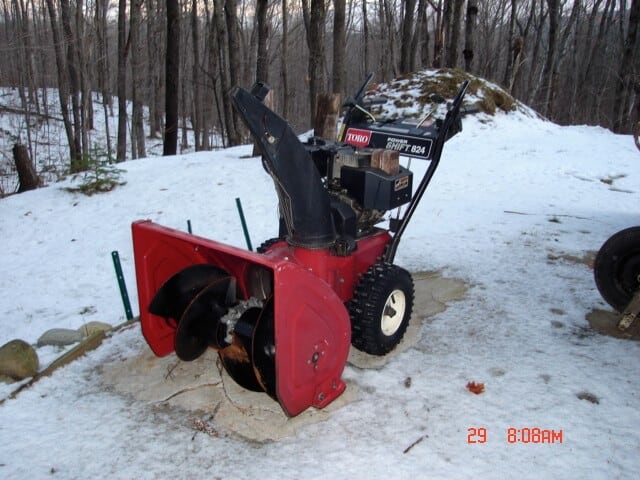 When the going gets rough and the snow is deep, it can also help to have some Toro tire chains on hand. They work in the same way that chains on car tires do, creating a better grip with the ground.

The chains wrap around the pneumatic tires and prevent slippage. This is especially helpful when you have a driveway that is covered in sleet and ice. If the machine were to start slipping down the incline, it would quickly become out of control.

Toro offers a limited warranty on their machines and even offer Toro snowblower parts for easy repairs.

Written By
Forrest Webber
More from Forrest Webber
To help you get started with your hydroponic herb garden, we’ve compiled...
Read More