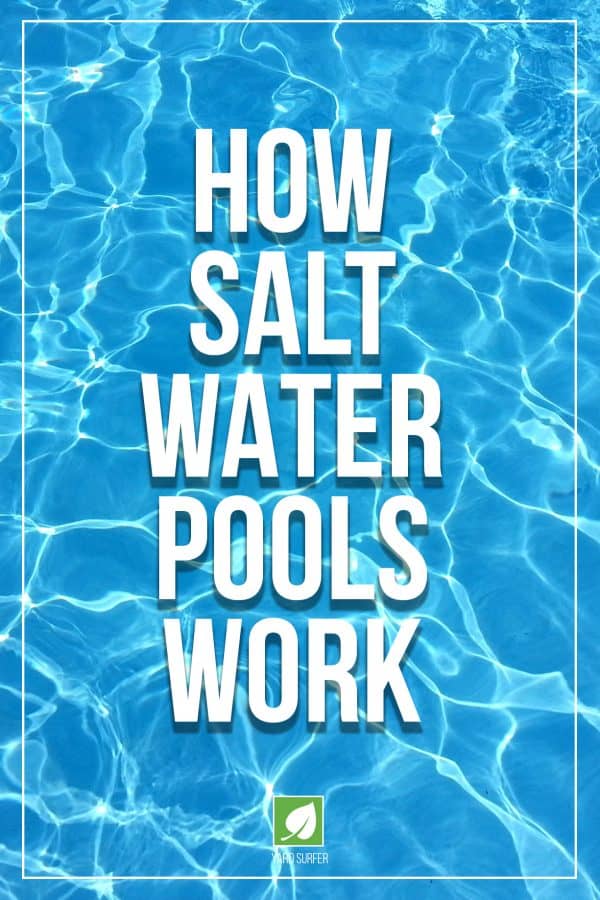 Saltwater pools use a unique process to generate chlorine.

The salt itself does not clean the pool, but is rather used in a special generator to create chlorine.

After use, the chlorine converts back to salt and the process continues again. Salt water pool systems are low maintenance because users never have to fuss with adding chlorine tablets.

Regular salt is added to the water at a ratio of 3000 PPM (parts per million).

The salt is actually used to create chlorine, the sanitizing chemical used in regular pools.

Saltwater pools use a control box which regulates how long the salt is exposed to a chlorine-generating cell. If there is not enough salt in the water, the chlorine will not be generated through this process.

Users can control the chlorine levels by turning a knob which determines how long the cell stays on (thus generating more or less chlorine as needed). 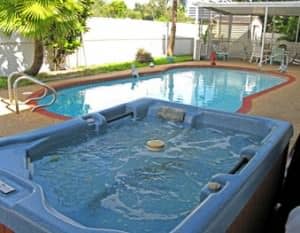 Many systems have an alert system which tells the user when more salt is needed.

Over time, the salt cell can get dirty inside. Self-cleaning cells reverse the polarity of the cell in order to clean the buildup off.

Converting from Chlorine to Salt

Converting a standard pool to a salt water pool is relatively straightforward. You start by adding a chlorine generator to the pool’s existing plumbing system.

These generators convert salt to chlorine. Salt is added to the pool water according to the general guidelines of 100 pounds salt for every 2400 gallons of water.

To install the generator, the pool’s return lines must be cut so that a generator feed line can be put into place.

It should be wired so that the generator activated at the same time as the pool pump.

The Science of Saltwater Pools 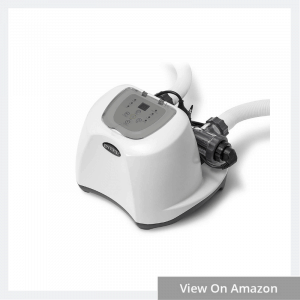 When active, water from the pool circulates through the salt cell. In the process known as electrolysis, salt molecules are split into chloride and sodium.

At the same time, a hydrogen atom is separated from a water molecule. The chloride and hydrogen atoms combine to create chlorine which is used to clarify and sanitize the pool.

What is unique about this system is that after the chlorine does its job, it turns back into salt which is used in a never-ending process to create chlorine.

Written By
Forrest Webber
More from Forrest Webber
Grass carpet is perfect for certain situations.  First off, if you’re someone...
Read More