Igloo cooler owners often make good use out of their coolers, using them for years on end.

Over time even the quality coolers made by Igloo break down. Whether it’s due to an accident or just old age, your broken cooler doesn’t have to be thrown into the trash can.

Igloo cooler parts are readily available for all models, including personal and full-sized coolers.

Replacement parts like hinges, drain plugs, latches, tow handles and lids can be bought new and installed with ease. Preview the selection of parts from Igloo below.

The button and spring mechanism is featured on the personal Playmate® cooler systems.

These Igloo coolers have a rotating lid that locks using these spring buttons.

The lid opens when users press the button in.

The spring keeps the button pressed outward to ensure that the cooler stays locked at all times.

The spring can wear out over time, causing the button to stay permanently pressed. Fortunately, Igloo offers both the button and spring as a replacement part.

Replacement Hinges for the Igloo 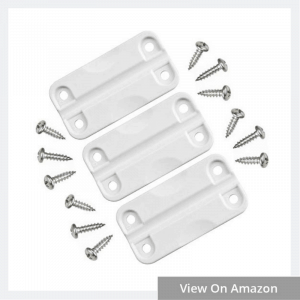 Hinges are used on the full sized cooler models to support and seal the lids.

Although Igloo coolers can be used with one operating hinge, they won’t be able to form a tight seal. Water from thawed ice can easily leak out if the cooler is turned on its side.

These heavy-duty Igloo hinges can be replaced by removing the existing screws and hinge, moving the new hinge into place, and re-inserting the screws.

Igloo uses the same hinges on all their coolers, making it easy to choose the right ones. However, screws are not included in the Igloo cooler parts package.

Be sure to save the existing ones on your cooler if you want to replace Igloo cooler hinges.

Finding the Right Drain Plug for Your Ice Chest 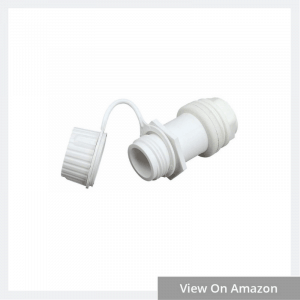 After your trip, you’ll probably want to drain out any thawed ice in the cooler.

Several models feature a handy drain plug to do this with, but sometimes the drain plug can break down.

A broken drain plug can result in a real mess, causing water and fluids to drain out uncontrollably.

This is usually caused by a degraded or cracked washer or a missing thread cap.

Fortunately, the drain cap can be replaced with a new one from the Igloo cooler parts line.

To replace, use a wrench to grip each side of the old plug. One side is on the interior, and the other on the exterior.

Twist in a counter-clockwise motion to remove the old plug. Reverse the process to apply the new one, making sure that you have a washer on each side of the cooler wall.

Where can I find Igloo Latches?

Latches are another essential part of any hinged-lid Igloo cooler.

The latch keeps the lid locked when not in use, keeping the contents inside.

A broken latch will allow the lid to open when tipped or toppled. It can be a real pain to have your cooler topple over in the car, spilling its contents. Igloo offers replacement hinges to keep the lid locked.

If for some reason your Igloo lid has become lost or irreparable, replacement lids are available for both full and portable sized models. Hinge and latch removal may be necessary to replace the lid.

Tow handles are featured on some of the larger models like Wheeled and Ice Cube® Series coolers. The tow handle allows users to pull the cooler along on wheels for easy transport.

Igloo cooler parts such as these feature the same durable quality plastics as used in the originals. The tow handle is attached to a hinge which allows it to rotate up and down.

It sits in the down position for storage, and up position while being pulled.

Igloo’s Marine coolers feature comfortable pads on their lids to be used as a seat.

While on a boat, you need to utilize every ounce of available space. The seat cushion turns the Marine cooler into a comfortable, reliable chair.

Replacements are available for seats that have become old and dingy. It’s just one of the many Igloo cooler replacement parts available.